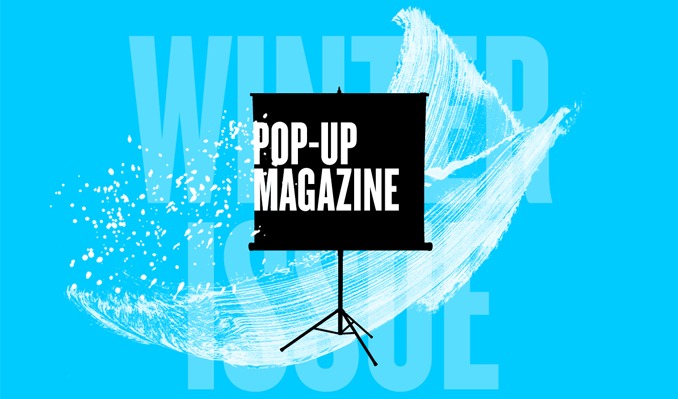 Pop-Up Magazine’s Winter 2020 Issue will feature stories about a soap opera’s significance in post-Soviet Russia, flying saucers and family obsessions, the criminalization of humanitarian aid at the border, learning to say what we mean — and even some cabaret. We end the night gathered around the bar, performers and audience together. And nothing goes online after—you have to be there to see it.

Presented in partnership with Colorado Public Radio and Denverite

Read More
*Service and handling fees are added to the price of each ticket.