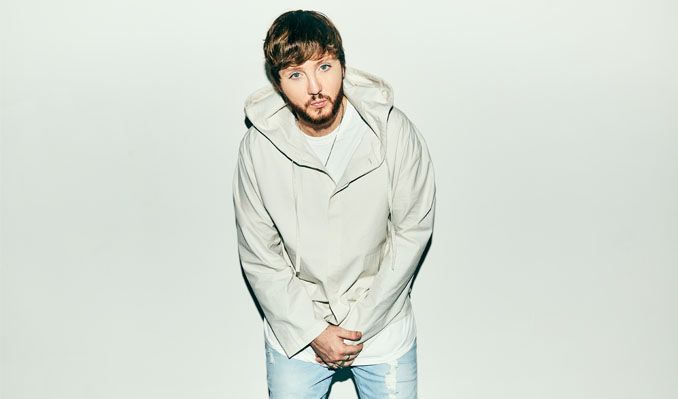 PLEASE NOTE - Transferring of tickets is currently disabled for this event

We regret to inform you the upcoming show with James Arthur on May 9 at the Ogden Theatre has been canceled. Refunds are available at the point of purchase.

In 2012, JAMES ARTHUR became a star overnight and his debut single “Impossible” became a worldwide hit. With more than three million records sold, No.1 positions in 50 countries and multiple gold and platinum awards, it became the most successful UK “X Factor” winner’s single of all time. It was clear even before the finale: the buzz around the singer from Middlesbrough was different than it was about his predecessors, not only due to his extraordinary showman qualities and his extremely distinct voice, but also his natural songwriting talent.
‘Impossible’ was nominated for a Brit Award and his self-titled first album, featuring the single “You’re Nobody Until Somebody Loves You” and collaborations with Naughty Boy and Emeli Sande, was certified Gold in the UK after worldwide sales of over 400,000. Only global superstar Eminem kept him off the top of the album charts.

However, months after his debut single and album was finally usurped from the top spot, the struggles of the limelight became too much for the singer and in his own words, he “cracked”. The people’s winner, the musicians’ winner, seemed to have had lost support thanks to a well documented and self-admitted public breakdown.
Arthur decided to do the right thing: step away and deliberately digest the two years of light speed. “That wasn’t me back then. That was someone, who had lost himself in this thing called fame. It probably happened because I’m a rather nervous type. I was raised in a foster home and tend to have trust issues. It just became too much. I wanted to be so perfect, but in the end I put up a guard and had a negative perspective on everything’

Fast forward 2 years, James is a very different animal in 2016 and managed to process his experiences on his new album BACK FROM THE EDGE, which will be released November 4. He is now able to meet the challenges of the spotlight with a good slice of know-how: “Those two years have benefitted me a lot. I’ve used the time well and actively participated in my new album a lot more than I did on the first one.“ That way, James’ reboot draws on the creative collaboration on BACK FROM THE EDGE. “There’s a lot of my personality in the album. It’s about love, hope, and the challenge of having your own back. However, this time, I wasn’t only songwriter but co-producer as well, working up to eight hours in the studio every day. I put my own ideas into effect and got involved in great detail.”

BACK FROM THE EDGE’s first single SAY YOU WON’T LET GO, released September 9, is the sound board for what has been a turbulent career, still very much in its infancy. Apart from the deeply emotional ballad, the album presents many songs with a personal experieces. “I’ve written a song called ‘Sermon’, featuring my favorite rapper Shotty Horroh. I love the song and am really proud of it. Another track is ‘Trainwreck’, which could actually be one of the best songs I’ve ever recorded – at least regarding vocals.” BACK FROM THE EDGE blends different influences: “I grew up with my mother’s soul music, but my father loves hardrock like AC/DC and Thin Lizzy. You get a little bit of everything on this album – but in essence, it’s very consciously a pop album.”

Today, James is simply looking forward to focus on his music completely – no matter how it’s going to be received. “I’m absolutely happy with the album I’ve made. I’ve enoyed every minute in the studio, and I’m ready for this new chapter everything that’s going to happen with it.” BACK FROM THE EDGE does not only see the celebrated hit performer’s long awaited return, but also the surfacing of the matured artist JAMES ARTHUR, who after four stormy years, has learnt to firmly believe in himself and his music.

Official WebsiteMore InfoTwitterFacebook
*Service and handling fees are added to the price of each ticket.